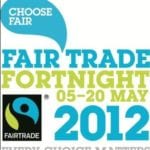 India: Dalit and Tribal Women Take up the Challenge 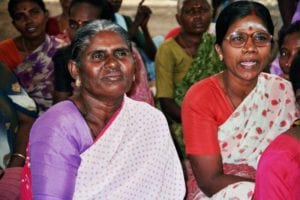 India may be classified as a Middle Income Country but an estimated 410 million of its 1.2 billion population are classified as poor.  Better economic indicators have yet to yield food security for the 44% of children suffering from malnutrition.  Poverty is much higher in Dalit and Tribal (or indigenous) communities which occupy the lowest rank in the Indian caste system.

In 2011 CWS partner the Women’s Development Resource Centre was an energetic and effective advocate for these communities in Tamil Nadu, focusing particularly on women.  Training programmes helped these women fill the 33% quota in the local Panchayat or assembly elections. Campaigns were initiated on global warming, protection against women and child trafficking, violence against women, and social security and health measures.

Well attended workshops enabled the communities to organise collective action on electricity scarcity and to prevent gender violence, as well as access to government programmes offering free housing, 100 days employment and free education for children.  In addition 200 Dalit and Tribal women shared funds through the Labourers bank assisting them run businesses selling vegetables, fruit and dried fish.  Training for small farmers and labourers was organised on ‘natural farming’ with the assistance of government experts.

Extra support was provided to 153 Dalit and Tribal children to improve their confidence at school, English language and computer skills.  Parents pressed the government for free education beyond 14 years and for better resources in schools.  Improved nutrition and rights for adolescent girls along with better health and employment conditions for women were part of their considerable efforts that have improved the lives of many vulnerable families.

The DVD Now we are Fearless is available for loan from CWS.

Darfur update
ACT Alliance members are building tanks, latrines and boreholes as well as providing teachers and materials to schools in Sudan’s Darfur region.  The humanitarian programme previously supported by CWS is also undertaking livelihood assessments and peace building activities.  The UN reports 1.9 million people remain displaced by the conflict which began in 2003 between two rebel movements and the government. The government agreed Darfur Regional Authority began work on 15 February 2012, a result of the Doha Document for Peace in Darfur finalised in July 2011.  Conflict has diminished in recent months.

Movement in Myanmar
The election of Aung San Suu Kyi and 42 members of the National League for Democracy party to parliament has been welcomed as a further step towards opening up the country also known as Burma.  Prior to the April by-election Alistair Gee of Act for Peace, Australia reported on “significant change in Burma/Myanmar, including the announcement of a number of ceasefire agreements, the freeing of opposition party leader Aung San Suu Kyi from house arrest, relaxation of censorship of some domestic media and the release of hundreds of political prisoners.”  However he noted with concern that there had actually been an increase in the number of people displaced by armed conflicts.

The possibility of lifting sanctions against Burma/Myanmar with its long history of human rights violations, military rule and a high level of poverty is being raised in international circles.

Sahel Food Crisis deepens
The UN reports that the humanitarian situation across nine countries in West Africa is continuing to deteriorate leaving 15.6 million people vulnerable.  Erratic rainfall, drought, high food prices, the arrival of displaced people, returning migrants out of work, and armed conflict in Mali are contributing to the rising level of hunger.  ACT Alliance partners are providing food, water, sanitation and meeting other needs but more help is needed.  Support the CWS Appeal.

Haiti Partner Rebuilds Programme
The Institute Culturel Karl Lévêque (ICKL), a local CWS partner in Haiti whose building was destroyed in the 2010 earthquake has taken time to recover.  In recent communications they have asked for funding to repair houses and income generation opportunities for 30 vulnerable families as well as for equipment and teacher training for local schools.   In response to the poor state of the schooling system they are establishing a grain mill, bakery and goat farm in three separate schools to improve their self-sustainability.  ICKL has been most grateful for CWS support in a climate where small, local NGOs often miss out.

New man at the World Bank
For the first time there were three experienced candidates for the new president of the World Bank, two from developing countries.   The US nominated candidate, Jim Yong Kim was chosen in keeping with tradition.  Pressure is increasing for a more transparent and merit based process, rather than a rubber stamp for the US nomination.  The appointment of Jim Yong Kim who campaigned strenuously for treatment to 3 million people infected with HIV/AIDS as head of the World Health Organisation is seen as a positive step towards realigning Bank policies to focus more on the needs of poor people.

Global Military Expenditure
The Stockholm International Peace Research Institute (SIPRI) released its annual report showing that US$1,738 billion was spent on the military in 2010.  In real terms SIPRI says that spending was unchanged from the previous year breaking a 13 year upward trend.  Of particular concern is the 8.6% increase in Africa.

More information about the Ecumenical Campaign for a Strong and Effective Arms Treaty being negotiated by the UN in July.