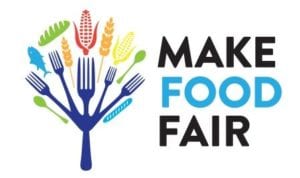 3 May World Press Freedom Day—Safe to Speak: Securing Freedom of Expression in all Media

15 May International Day of Families

Thanks to our generous regular donors.  Your annual receipts are in the mail this week. 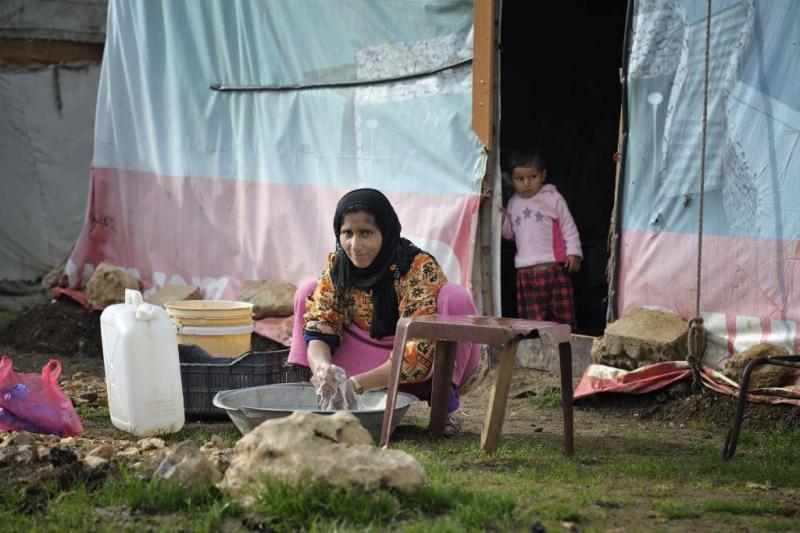 Managing the daily laundry is just one of the many tasks facing Zahida Al-Mohammed, a woman refugee from Syria now sheltering in Lebanon.  CWS partner DSPR working in Lebanon and Jordan has written with a plea for funding as both groups cope with a daily influx of refugees.  They are providing everything from food, clothing and shelter or rent subsidies to education and psychological care.

According to Sylvia Hadadd of DSPR Jordan Palestinian refugee families lived ‘a respectable though hardworking life’ in Syria, with the same rights as Syrian nationals.  Saddened at what is happening to a country with a rich heritage and the ability to feed itself, DSPR is requesting help to meet the needs of these double refugees—525,000 are Palestinian refugees formerly resident in Syria.  The population of Lebanon alone has grown by more than 10%, refugee camps are overflowing and conditions are poor.

ACT Alliance members are responding to growing numbers affected—the UN is now reporting 6.8 million in need, of which 4.25 million are internally displaced in Syria and more than 1.3 million refugees in Egypt, Iraq, Jordan, Lebanon and Turkey.  75% of refugees are women and children.  Syria’s total population was 20.8 million of which 486,946 were registered as Palestinian Refugees.  Since February the UNHCR reports 8,000 people are leaving Syria each day, but they are not receiving sufficient funds to meet their needs. The turmoil created by intense fighting within Syria is making it  extremely difficult for the delivery of humanitarian assistance.  Neighbouring countries are struggling to cope with the influx of refugees.  Please pray for Syria and give generously to the Syria Appeal. 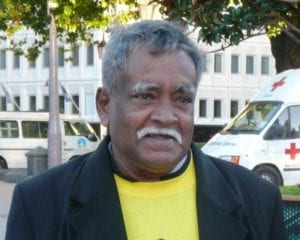 The relentless struggle of Sarath Fernando from the Movement for National Land and Agricultural Reform in Sri Lanka is to be recognised in December when he will be presented with an outstanding peasant leader award from the Asian Peasants Coalition.  Sarath who visited Aotearoa New Zealand in 2009 as a guest of CWS advocates for small producers, enough good food for all and sustainable economic policies.

In the annual Social Watch Report, Sarath writes that ecological agriculture is the way out of poverty: “In finding solutions it is necessary to find ways in which the poor and hungry people take over the tasks of overcoming hunger and poverty… In Sri Lanka’s situation we have found that the most effective way of ending hunger and poverty is by allowing nature to make its maximum  contribution to this process.”

Aid levels drop
The Organisation for Economic Cooperation and Development reports that global aid levels dropped by 4 per cent in 2012, following a 2% decline in 2011. New Zealand official development assistance (ODA) is level at 0.28% of Gross National Income (GNI), well below the 0.7% level first agreed internationally in 1970.  Aid dropped to all regions except South and Central Asia.

South Sudan Achievements
Building a new country from the ground up is a tall order, especially in South Sudan.  Conflict continues in the border region, refugees slowly return and disagreements remain with Sudan.  In March South Sudan resumed oil exports which it had cancelled in January 2012 after talks failed with Sudan, providing much needed revenue for the government and hopefully for the welfare of its people.
CWS partner the Maridi Service Agency reports some success thanks to your help.  Running the local high school has meant 114 of 122  students successfully sat final exams and 16 passed the Ugandan exam. 280 newly returned refugee children attended their 3 nursery schools.  24 students completed a computer training course with 7 finding immediate employment.  MaridiFM runs 16 hours a day and is a key mechanism for education on health and political involvement.  Promoting better agriculture has led to a 50% cut in food prices and better food security.  MSA ran HIV/AIDS awareness programmes.

Arms Trade Treaty Passed
The first ever Arms Trade Treaty at the United Nations was agreed in March. The international treaty to regulate the $70 billion global arms trade gained the full support of the New Zealand government. It is a step forward in efforts to stop illicit arms sales and prevent human rights abuses and war crimes. States can sign on to the Treaty in June. Write a letter of relief to Foreign Minister Murray McCully, asking that NZ be one of the first signatories.

Market for Fairtrade Grows
Ahead of Fair Trade Fortnight (4-19 May), Fairtrade Australia New Zealand reports that sales have increased by just under 16%, reflecting more people buying more products more of the time.  Trade Aid also reported increased sales in its annual report, noting in 2011/12 it had imported over 1 million  kg of fair trade coffee.  Trade Aid shops are hosting chocolate parties on 11 May, part of a global celebration. 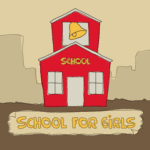 Choose something special for your mum.  Help fund an education for girls and young women in South Sudan where UNICEF reports only 33 per cent of girls are in school.  Buy from Gifted and know that what you give will give a hundredfold.