17—24 September World Week of Peace in Palestine and Israel

7 October CWS Board AGM—9-9:30 am at Christchurch North Methodist Church

CWS is encouraging supporters to make climate change an election focus through its participation in the Back the Plan, Back to Zero campaign.  The campaign is asking the next parliament to legislate to take meaningful action on climate change in a number of steps to achieve a Zero Carbon future by 2050 or sooner.  The call is for a cross party agreement to establish an independent Climate Commission and take steps to cut carbon emissions.  CWS and 13 other agencies have united in this campaign, recognising the limited action taken so far.  Read more on the Zero Carbon Act in the Candour election series.  Please sign our joint petition to Back the Plan.

Earlier this month, Pacific Church leaders made an urgent call for more action by governments and institutions to keep the global temperature rise to 1.5 degrees Celsius above the preindustrial level and a rapid phase out of fossil fuels by 2050.  They want assistance for community-based adaptation and risk management to foster resilience and overcome poverty.

Climate change is making disasters more frequent and more dangerous.  Devastating floods are affecting 40 million people in Bangladesh, India and Nepal as well as the USA.  Around one third of Bangladesh is under water, more than its deadliest flood in 1988.  Access is difficult or impossible to many areas making aid delivery challenging.  People face severe food shortages and the possibility of disease from polluted waters.  ACT Alliance has responded immediately and the National Garment Workers Federation is assisting those with family in the rural areas.

CWS is grateful to the New Zealand Government for a matching grant of $160,000 for immediate food and longer term assistance to people facing famine in South Sudan through ACT Alliance and our partner the Maridi Service Agency.

In a surprise action, King Tupou VI dissolved the Tongan parliament last week.  New elections will be held before November 16.  Prime Minister ‘Akilisi Pohiva, linked to CWS partner the Human Rights and Democracy Movement, remains in a caretaker role.  Lopeti Senituli has translated the announcement from the Speaker saying the Cabinet had bypassed the King’s right to sign all international treaties, specifying CEDAW, the UN convention to end discrimination against women, and PACER Plus, a free trade agreement (A Pacific critique) and in other ways challenged the King’s power.  Lopeti asks for prayers for Tonga as it works through these issues.  He is considering taking legal action against the decision.

In Jordan, DSPR provides daily advice and practical support to Syrian refugees.  Health and vocational workshops continue for women. DSPR Lebanon reported a 70% success rate among the 331 students who sat exams in Damascus.  Thanks to Operation Refugee and donors to the Syria Appeal for making this possible.

September 13 marks the tenth anniversary of the UN adopting the Declaration on the Rights of Indigenous Peoples.  Decades in the making it affirms the collective and individual human rights of indigenous peoples.  Indigenous rights were the subject of a recent review undertaken by the UN Committee on the Elimination of Racial Discrimination.  Half of its recommendations related to the Treaty of Waitangi and to Maori and Pasifika rights in particular.  Peace Movement Aotearoa has summarised their findings.

To mark the 100th anniversary of the Balfour Declaration, whereby Britain agreed to set up a Jewish homeland and 50 years since the Six day war, the World Council of Churches is asking for prayers and solidarity, especially in the week of 17-24 September.  Resources include videos of 12 individuals sharing their hopes for justice in the Holy Land.  Churches may like to take up a special offering to support the work of the Department of Service to Palestinian Refugees that provides education and medical services in Palestine. 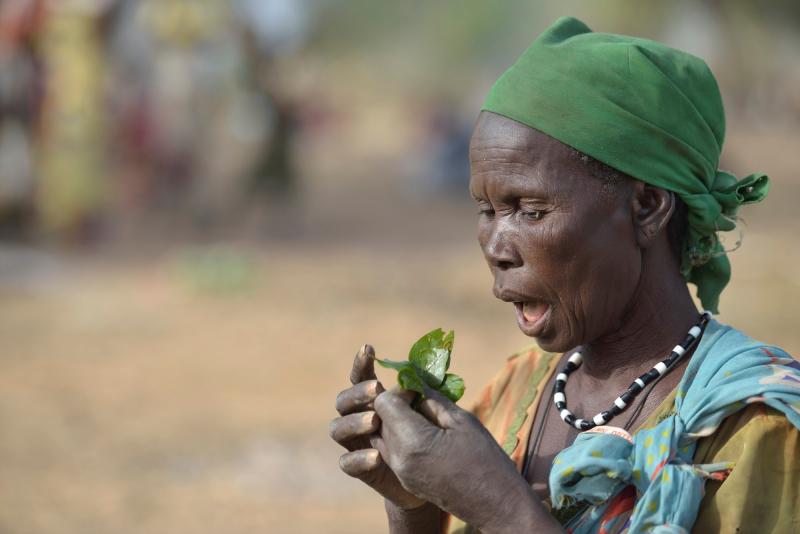 Earlier this year concerted humanitarian action prevented famine in the worst affected areas, however six million are desperately in need of food.  Over the last year, 1 million refugees arrived in Uganda where ACT Alliance is providing relief.   Poor rainfall has compounded the food crisis as the conflict fractures further.  CWS is appealing for donations to match the government grant.  Funds raised will assist displaced South Sudanese with emergency food and livelihood support programmes through the Maridi Service Agency and ACT Alliance.

In a statement earlier this month South Sudanese Churches reiterated calls for peace encouraging people to intervene to stop the fighting.  “National interests and the interests of the people in South Sudan must be put first, arms must be laid down and those within and around South Sudan who support violence must stop fanning the flames.”

ACT Alliance of which CWS is a member has released its Annual Report, highlighting its successful response in Syria which has become a case study for NGOs, commitments made at the World Humanitarian Summit and contribution to the Core Humanitarian Standard.

The 2017 Supporters’ Council for people, groups and churches who have donated to CWS in the last two years will be held in Christchurch.  The CWS Board invites supporters to the meeting on October 6 from 6– 8pm at Christchurch North Methodist Church.  Jo Spratt from New Zealand Aid and Development Dialogues and Board member Professor David Fielding from Otago University will discuss the government aid programme and other trends in development.  Please let Pam know if you can attend.  Participants are welcome to observe the Board AGM from 9-9:30 am the following day.