Share Your Blessings:
Give thanks for the Harvest.  Will you share your blessings with Filipinos in need of food and shelter? 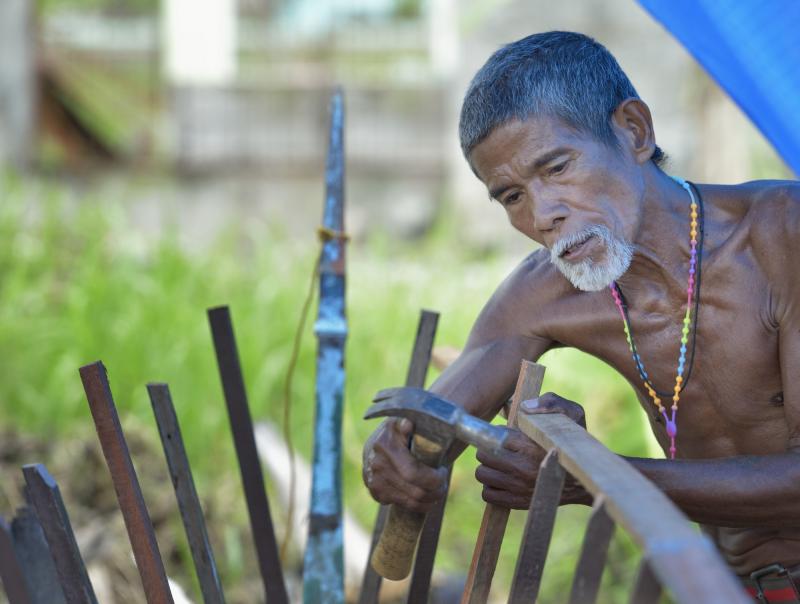 A man builds a new boat in Tanauan, Leyte, Philippines.  Many boats were damaged or destroyed in the super typhoon.  Photo: ACT/P Jeffrey

Three months after Typhoon Haiyan swamped the Visayas, many Filipinos are worried about their future as stormy weather persists. In urban areas some are concerned about a ’no build’ zone—a government decree that will ban homes from within 40 metres of the coast, leaving many with no home.  While the government says it is for protection, others are saying it is landgrabbing.  With relief supplies slowing down and many without adequate shelter, the need to find livelihoods is pressing. CWS has sent a further NZD$20,000 to Developers in coastal Aklan to provide corrugated iron roofing for another 800 of the most vulnerable households.  It is not enough but will keep them going as CWS seeks more funding.  If you can, please support the Philippines Typhoon Appeal.

Syria: Supporting the People
The relentless arrival of new and increasingly destitute refugees is putting huge pressure on receiving countries.  Each one has a story to tell and has endured unimaginable suffering.  Over 9.3 million people have been driven from their homes in this bitter conflict.  Nearly 2.5 million people are in neighbouring countries where there are growing tensions with locals.  In some communities refugees outnumber local residents.  Lebanon has introduced a second shift in schools to cater for them.  CWS partner DSPR is providing food, hygiene kits, shelter assistance, education and psychological support in Jordan and Lebanon.  Please pray for peace and the Geneva talks.  Please support the Syria Appeal. 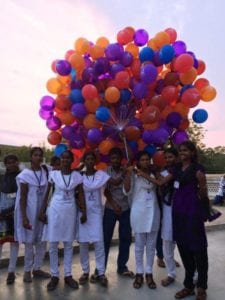 CWS partner EKTA enjoyed a day of high energy on 14 February, culminating in the release of balloons.  Together more than 1,000 people rose for justice in Madurai, South India as part of the global One Billion Rising.  Part of the celebration included young women from Tribal (indigenous), Dalit and fishing communities who danced during the proceedings as well as the releasing of balloons.  College students reported on the latest review on the Periyar bus station, asking for better lighting and safer toilets.  Discrimination and violence begins before birth in India.  The ratio of females to males is 927 girls to 1,000 boys aged 0-6.  EKTA runs programmes to help women and also to teach students understand gender issues.
Support Indian women campaigning against violence.  Donate to the EKTA Appeal.

Japan: The Invisible Disaster
Three years after a 9.0 earthquake, tsunami and the meltdown at Fukushima nuclear plant, Church World Service Asia/Pacific reported on their work supported by CWS.  It included providing hot meals, coordinating clean up operations, and running a variety of programmes for women and children.  They have successfully coordinated local groups and helped people become more aware of the continuing danger from radiation.  Farmers and fisher people can no longer sell their produce. The impact on health, the need for compensation and nuclear disaster preparedness are some of their current priorities for advocacy.

CWS Governance Change
In November last year, the annual general meeting of CWS adopted a new structure.  The changes resulted from a four year governance review delayed by the earthquake which recommended that members be drawn from throughout the country.  The newly constituted CWS Board is made up of representatives of partner churches, one member from a new body called The Supporters’ Council and others appointed for their skills and expertise.  Board members are appointed for a three year term which can be renewed once.

The Supporters’ Council will be constituted once a year at the time of the AGM.  Partner churches, organisations and individuals who have made a financial contribution in the previous two years will be entitled to take part.  Its role is to improve the understanding of the work of CWS and be a place where churches and donors can offer guidance and feedback to the Board.

South Sudan: Tired of War
South Sudan’s church leaders continue to advocate for ‘one nation, sharing one identity, rich in culture, blessed by diversity, which is to be celebrated, not resented’.  In a statement issued on the eve of talks, they said, “This message is simple: we want comprehensive peace in our beloved land.  We are tired of war!” The United Nations reports 738,000 South Sudanese have been displaced within the country and a further 130,400 have fled to neighbouring countries, primarily Ethiopia, Kenya, Sudan and Uganda.  Meanwhile the situation set off by December’s political crisis continues to worsen.  It is the people who are suffering while negotiators fail to work through the crisis.  Starvation and deprivation are increasing as the humanitarian effort becomes more difficult.  Talks between Sudan and South Sudan on the disputed areas resume on 28 February.  Please pray for the people.

Bangladesh: Garment workers
On 10 February CWS partner the National Garment Workers Federation of Bangladesh supported an International Day of Action in Solidarity with Garment Workers in Cambodia.  They held a flag rally, and demanded the Cambodian government unconditionally release 23 garment worker organisers from prison and increase their pay.  In January, 4 garment workers were killed and 39 seriously injured during protests.