Thank you
A special thank you to all those who have donated to the 2011 Christmas Appeal.  Your gift will help CWS partners share skills and resources with local people so families can eat, children attend school and hope is renewed.  It is not too late to contribute to the 2011 appeal. 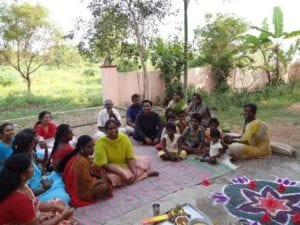 For people living in south east India the year ended with a devastating cyclone, which struck land near Cuddalore on the coast.  Roads and homes were badly damaged, power cut and crops destroyed.  For CWS partner EKTA it was a difficult time so the annual celebration of the Pongal festival provided a special opportunity to come together.  Pongal is an ancient Tamil festival celebrated over four days.  Each day celebrates different aspects of the harvest, farming equipment is blessed, cattle rested and food shared.  The Kolam (the design in the lower right of the photo above) is made from the flour of the newly harvested rice.  EKTA trains and supports women in local government, and runs highly innovative programmes in schools and communities to end violence against women and girls.

CWS Appeals for Fiji and Filipino Flood Victims
CWS has launched appeals for assistance in Fiji’s Western District and the Mindanao region of the Philippines, both hit hard by tropical storms.  Long term partner ECREA has requested assistance for people from the informal settlements who have been made homeless by severe flooding.  They have identified over 1150 families in need of help.  Counselling and psycho-social support have been identified as a top priority, especially as those living in the informal settlements can miss out on government assistance.  Basic supplies needed are: water, tinned food, biscuits, school stationery, water tanks, tarpaulins, bathing and washing soap.  CWS has launched an appeal for $5,000 for ECREA’s work.

Almost 750,000 people were affected by December’s typhoon in southern Philippines which hit 13 provinces and killed 1,257 people.  ACT Alliance members are continuing to deliver emergency supplies to those in need as well as providing tools to clean up and equipment for children returning to school.  Psycho-social assistance is an important part of the local response.

CWS moves Office
After almost of year of working from home and in a temporary office provided by Christchurch North Methodist parish in Papanui, CWS staff are moving into permanent premises on 1 February.  The new office is at 7 Halkett Street.  The phone and postal box numbers remain the same.  Once the demolition of the Hotel Grand Chancellor is complete some time in April, it is hoped that we will be able to retrieve resources and archives.

Aid to be more Inclusive
Reporting back from last year’s Aid Effectiveness Summit in Busan, South Korea (December 2012 Update), the Council for International Development (CID) noted, “The principle of Ownership has been acknowledged as a fundamental principle of development cooperation for the first time in the history of international development…. While the Busan Partnership still focuses on results, its orientation is longer term, looking at outcomes that have a lasting impact on eradicating poverty and reducing inequality. The Busan Outcome Document indicates a shift from aid effectiveness to development effectiveness, transparency and accountability going beyond an inter donor-government relationship, to accountability to intended beneficiaries and respective citizens.”

Rio + 20 Earth Summit
Sustainability is on the global agenda this year with the major UN Conference on Sustainable Development to be held in Brazil in June.  The focus of the summit will be on creating ‘The Future We Want’ and the move to a ‘green economy’.  The green economy is a broad term that includes poverty eradication, environmental concerns, energy provision and public health.  The newly released draft statement proposes Sustainable Development Goals, replacing the Millennium Development Goals which will continue to be the focus until 2015.  The document proposes that these goals be implemented by 2030. 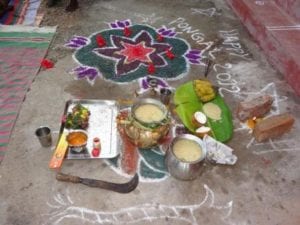 The UN Special Rapporteur on the right to food, Olivier de Schutter, raised questions about the WTO’s agricultural agreement’s ability to ‘offer a favourable policy framework for the realization of the right to food’.  He noted, “The impact of trade rules can no longer be seen at the level of States alone. It must be sensitive to what really determines food security: who produces for whom, at what price, under which conditions, and with what economic, social and environmental repercussions. The right to food is not a commodity, and we must stop treating it that way…..

“The food bills of the Least Developed Countries (LDCs) increased five- or six-fold between 1992 and 2008. Imports now account for around 25 per cent of their current food consumption. These countries are caught in a vicious cycle. The more they are told to rely on trade, the less they invest in domestic agriculture. And the less they support their own farmers, the more they have to rely on trade.”

Passionfest
From February 24-26 bring your tent to Ngatiawa campsite  near Waikanae for a time of listening, singing and eating: a celebration of hope and justice with the Anglican Diocese of Wellington, Urban Vision and others. 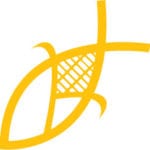 CWS invites you to join in a fast for life to mark Ash Wednesday on 22 February. It is a time to reflect on our own consumption and commit to doing what we can to overcome hunger and contribute to global food security.  According to the Ecumenical Advocacy Alliance of which CWS is a member, approximately 1.3 billion tons or more than one third of food is lost per year. In developing countries, waste occurs mainly at the point of production – due to limitations in harvesting methods, preservation techniques, packaging and distribution systems – while in developed nations, waste results from consumer behaviour and inefficient processes in the supply chain.