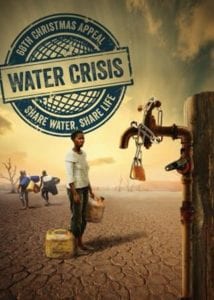 Thank you for giving to the 2013 Christmas Appeal.  Our partners will make good use of your gifts.  You can still Share water, share life by giving to this appeal so more people have what they need. 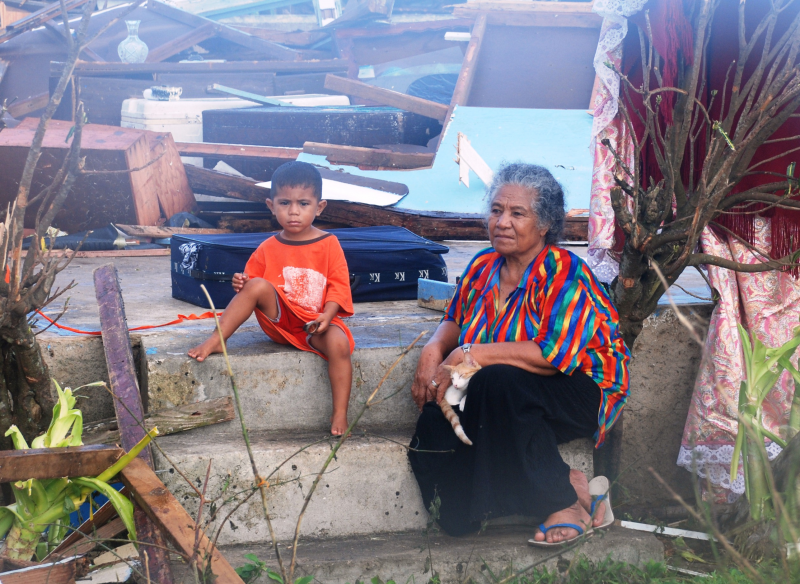 Lepeka Sitaleki and her grandson Solomone Paongo sit on the front step of their shattered home in Koulo village, Lifuka Island, Tonga.  On 11 January  category 5 Cyclone Ian swept through the Ha’apai and Vava’u island groups.  Ha’apai was worst affected with more than half of 1,130 buildings destroyed and another 34% left with major damage.  Infrastructure including water, power and telecommunications have been badly damaged.  Crops and livelihoods have been destroyed.  Locals are doing their best to salvage what they can.

CWS partner, Ama Takiloa has groups in many of the affected villages.  These local women have been trained in disaster preparedness and know what will be needed to rebuild their communities.  Outside help will be important but as after any disaster it is critical that the local people participate in their own recovery.  The national office reported that while there was some damage in Vava’u like the loss of unripe mangoes, there was no need for extra help.  In Ha’apai Ama Takiloa is expecting to help its village groups respond.

Please give generously to the Tonga Cyclone Appeal to assist Ama Takiloa.

Haiti: Rebuilding with the People
Four years after the major earthquake CWS partner Karl Lévêque Cultural Institute (ICKL) reports, “Haiti is not getting better”.  ICKL works by immersing itself in the communities to get results that matter.  In Petit Goâve, schooling was the highest priority. They have set up a bakery employing 5 people to fund the running of the school and save people a one hour bus trip to get bread.  CWS is appealing for funds to rebuild the Dauphine school plus a grain mill to pay for running costs.

Philippines: Not Over Yet 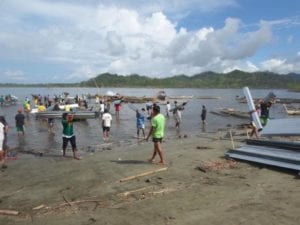 Two months after super typhoon Haiyan tore through the Eastern Visayas region, Filipinos are struggling to cope.  Bong Dalisay Field Assistant for the National Council of Churches in the Phiippines/ACT Alliance in Tacloban says, “People are still in trauma, hunger and great discomfort as  the melancholic mood sends out pictures from the calamity.” By 6 January  NCCP alone had distributed 18,291 food packs, 1,305 hygiene kits, 1,699 sleeping materials, 1,700 packs of clothes, 1,885 packs of kitchen utensils and 10 solar panel kits.  At the same time as providing for people’s immediate needs, ACT Alliance members are looking at ways people can rebuild their lives.

CWS partner, Developers Foundation in Aklan province has distributed the first batch of corrugated iron roofing to 1973 households in 6 villages where 88-100% of homes were damaged.  Three or four sheets were distributed to each household. The recipients expressed their deep gratitude for this appropriate and valuable assistance, especially with continuing heavy rain.  Developers has requested funds to buy roofing to repair 2,957 more households in 8 villages.  Help will be needed through most of 2014 to help these fishing communities build back better.

Please give generously to the Philippines Typhoon Appeal.

South Sudan: Tragedy Unfolds
Tensions rose sharply after President Salva Kiir accused his former deputy Riek Machar of a failed coup on December 15, after sacking the cabinet in July.  Fighting has broken out in a number of states and so far international-led talks have failed.  The UN reports that more than 413,000 people have been internally displaced and 74,300 have fled to neighbouring countries with 4-5,000 crossing daily into Uganda.  ACT Alliance is scaling up operations to help those affected.

Church leaders in South Sudan issued a statement calling for peace.  “We are heartbroken to see what was purely a political problem in the ruling SPLM party quickly slide into an ethnic one, on a rapid and escalating scale.”  Together they call for national dialogue and a process of reconciliation that goes beyond power sharing.  They ask for prayer backed by action and support from the ecumenical community.

CWS is watching the situation closely and is in contact with the Maridi Service Agency.  Director Wadalla Peter reported, “Western Equatoria is very safe and peaceful only experiencing an increased population.  We only pray for what is happening in other states in the country.  I hope this will end soon and all parts of South Sudan will be in Peace.”  CWS has written to Foreign Minister Murray McCully asking him to do all he can to protect civilians and support peace efforts. 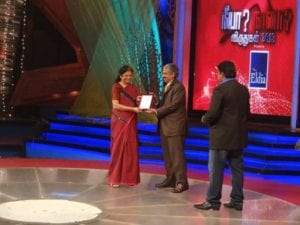 CWS partner EKTA  in Tamil Nadu was presented with the NGO of the Year award by Tamil language Vijay TV.  They are part of One Billion Rising, campaigning to end violence against women and for access to development.  Bimla is pictured receiving the award.

Personal
CWS was saddened to learn of the death of Edward Arockia Doss of the Tamil Nadu Labour Union and husband of Manohari of Women’s Development Resource Centre.