You can help rebuild lives by supporting the Christmas Appeal—it’s never too late. 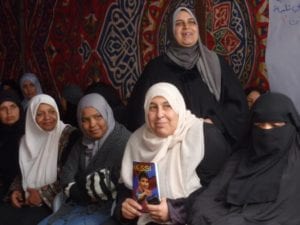 Syria: Finding a Place of Safety
The Department of Service to Palestinian Refugees runs workshops, medical days and training programmes for refugee women in Jordan.  Those from Syria are learning new skills to help them cope in a totally different environment where they have sole responsibility for their extended families.  “They arrived with a terrible fear for the future and no confidence but now they are able to stand up and speak to you,” the director told CWS’s Trish Murray when she visited.  The women were the organisers of support groups resourced by DSPR.  Taking part in a needs assessment, the women learned how to set up and run workshops, and identifying group priorities.  Women want to learn ways to improve family incomes and meet health needs.  Women with disabled children or responsible for family members with chronic health issues found it hard to manage.  Grateful for the way DSPR worked with them, they definitely did not want to be dependent on agencies like ours forever Trish said.  Support for the Syria Appeal means DSPR can continue to help meet the many needs of refugees in Jordan and Lebanon.

Double the Quota
CWS supports the campaign to increase the number of refugees New Zealand resettles. You might like to add your voice. 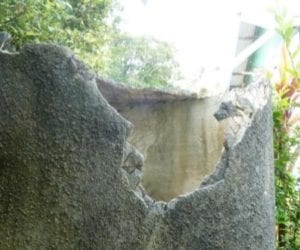 CWS is grateful for a $90,000 government grant to help residents on Ha’apai and two villages in western Tongatapu prepare for drought.  Partner Ama Takiloa will repair up to 250 household rainwater harvesting systems and install up to 15 tanks on community halls.  The organisation will train women members in repair and maintenance of the tanks as well as water conservation and drought resistant gardening.  The grant is part of a $2.5 million NZ Aid programme to help Pacific nations deal with recurrent drought in an El Nino weather pattern.  Ama Takiloa members have already lost crops to drought on Ha’apai.  Without repairs to all homes damaged by Cyclone Ian in 2014, they cannot collect adequate rainwater.  CWS welcomes this programme as an affirmation of the effective work done by Tongan women in their villages.

South India Floods
Partners Neythal, SNEHA and EKTA helped some of many families affected by last year’s major floods.  Neythal focused relief on worst affected Cuddalore district where waterways were not well maintained or blocked  by construction.  Director, Gandi reports the poorest communities living close to the rivers were worst affected, losing homes and livelihoods.  She says older women and the physically challenged often missed out on official relief.  Partly helped by gifts to the South India Appeal, they distributed dry rations to 2030 families, many headed by women.  Members gave out rations and family kits to 512 families and helped others.  Donations  will help more women who need help to get back their families recover.

Haiti’s Political Turmoil
Sunday’s cancelled presidential run off in Haiti is the latest episode in a country where elections are marked by violence, fraud and outside interference.  Director General of CWS partner ICKL Marc-Arthur Fils-Amé says foreign governments funding the elections will try to “impose their game”.  He says the process has “left a bitter taste for all daughters and sons of Haiti who struggle and believe in a prosperous future for their country”.  On line registration excludes people without internet or electricity.  Desperate for cash, voters sold votes for less than US$11.  With President Martelly’s term due to expire on February 7, discussions continue.  While that happens “the great masses sink into abject misery” he says.  ICKL works with rural communities to run schools and other services.

Humanitarian Financing
A High-Level Panel appointed by Ban Ki-Moon reported a US$15 billion shortfall in humanitarian funding ahead of this year’s global summit.  In 2016, more than 125 million people are expected to need humanitarian assistance to survive and the current level of $25 billion is not enough.  The panel recommends shrinking the need for assistance, broadening support for relief efforts and improving the delivery.

ACT joins Appeal for Syria
Ahead of proposed peace talks, ACT Alliance joined UN and other agencies to appeal for the civilian population.  Please pray for real progress in the talks and safety for all those affected by the conflict.  CWS is launching Operation Refugee for those wanting to take practical action.

Christmas Appeal
Thank you for your generous support.  If you used the resource material, please fill out the short survey to let us know what worked.
Parishes are reminded to send in donations.