23–27 September Live Below the Line   Can you live on $2.25 for five days?  It is a global effort to end the poverty affecting 1.2 billion people.  Live Below the Line with CWS and raise funds for South India’s Women’s Development Resource Centre.  Are you up for the challenge?

Will you Live Below the Line?
Mrs Rajalakshmi a jewellery maker is now the proud owner of a house, a voter ID and ration card.  Although she cannot read or write she is also the president of the Gypsy Women’s Sangam (association) in Usilmpatti, South India.  Until now she spent her life travelling, sometimes lacking food, often facing discrimination and without a fixed address that would give her government entitlements, including food rations and a land grant.

What made the difference was the Women’s Development Resource Centre in Madurai. They work with Dalit (sometimes known as untouchables), Tribal people (indigenous) and now Gypsy (Navrikurvar) communities.  From flower sellers to rubbish collectors and indentured labourers, WDRC has inspired and supported these disenfranchised groups to work together for change.  Teaching eco-friendly gardening and the skills needed for local government are just some of what they do.  Helping flower sellers to set up their own small bank has cut out unscrupulous moneylenders.  They are people who are proud to have recovered their human rights.  “In our life it is a great achievement,” says Mrs Rajalaksmi.  Participants in Live Below the Line are raising funds for WDRC, helping people work their own way out of poverty with their dignity in tact.

Bangladesh: Workers campaign
On 29 June 2013, the National Garment Workers Federation hosted 67 children who lost their parents in the Rana Plaza factory collapse.  The children were each given a grant of 2500/- (equivalent to NZD$40.28) from the union and provided with food and transport.  The children were also present for a press conferenceon the International Day of Action to End Death Traps. 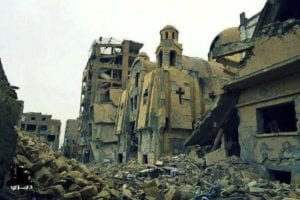 The UN reports around 6,000 people continue to flee Syria everyday while 5,000 are killed each month, making it the worst refugee crisis since Rwanda.  There are now nearly 1.8 million refugees, and 4 million more people within Syria needing help.  Violence will not solve the conflict and there is an urgent need for multi lateral negotiations for an arms embargo and to end the war.

CWS partner, the Department of Service to Palestinian Refugees (DSPR) reports anger and disappointment among refugees desperate for supplies. Accommodation is difficult, food and assistance in short supply.  The refugees are anxious for missing family members and concerned for their home and country.  DSPR offices in Jordan and Lebanon are doing their best with food, vocational training, advice and other practical assistance- but more is needed.  ACT Alliance members are helping in Syria.

Please pray for the people and peace, and support the Syria Appeal.

Egypt needs peace
The International Committee of the World Day of Prayer asks members to listen to the voices of the protests on Egypt’s streets.  They note the frustration, escalating violence including against women and minorities like Christians and moderate Muslims, discrimination, and the  rising living costs.  Informed prayer and prayerful action is the contribution WDP can offer “our sisters in Egypt… with the deepest faith that it will bring peace and justice to them and to the world”.  The World Council of Churches also is praying for “a peaceful and inclusive transformation” in Egypt’s political systems.

World Humanitarian Day
‘Downward accountability’ is one of the hallmarks of better aid delivery in humanitarian or emergency situations.  CWS is an associate member of the Humanitarian Accountability Project.  The work of HAP shows that this is a more efficient, effective and sustainable way to respond which respects all players.  August 19 is World Humanitarian Day, designated by the UN to mark the anniversary of the deaths of 22 UN staff killed in the 2003 bombing of the UN headquarters in Baghdad, Iraq.  It is a day to remember the many people who offer help, sometimes amidst great danger.
Zimbabwe elections
Ahead of the 31 July elections, the churches of Manicaland issued a statement on prayerful action independent of any political group or party.  In championing a moral approach to human systems, they commend the call for peace from the Government of National Unity as a first step. The work of peacebuilding still needs to be done to achieve reconciliation and peace with justice.  They point to signs of suffering: children not in school, elderly people without the means of survival, young people without livelihoods and sick people without care as shameful.  They express concern for Zimbabweans unable to vote as they please or because they were not allowed to register, and against wealth and greed among the few.  There is widespread concern that the nation is ill equipped for elections  and that results will be rigged.  Results are promised by the current government within 5 days.

NZ Aid budget analysed
Research group the NZ Aid and Development Dialogues reports that the government’s Official Development Assistance (ODA) in 2012 had slipped to 0.28% of the Gross National Income (GNI), down from 0.3%.  ODA to the Pacific increased from 59% in 2002 to 71% in 2011, and covered 70 countries.

CWS partner, Mororua E Tatou released documents and the research of Bruno Barillot a former French Polynesian official fired by the new government, showing that fallout from the nuclear tests carried out between 1966 and 1974 was more extensive than previously known.  Moruroa E Tatou continues to campaign for compensation for workers and families affected.  Please writeexpressing your concern to the French ambassador, HE Mr Etienne.

Update Survey
Thanks to the many kind Update readers who responded to the survey sent out by email.  If you would like to help please find it here or send in your comments to CWS.
About Update
Update provides news, information and stories.  Reproduction of items is encouraged with attribution from CWS.  The current and back issues are available.