23–27 September CWS is preparing to for this year’s Live Below the Line from, an opportunity to raise funds for CWS partners working to make food fair.  The challenge is to sign up sponsors and spend $2.25 a day on food. 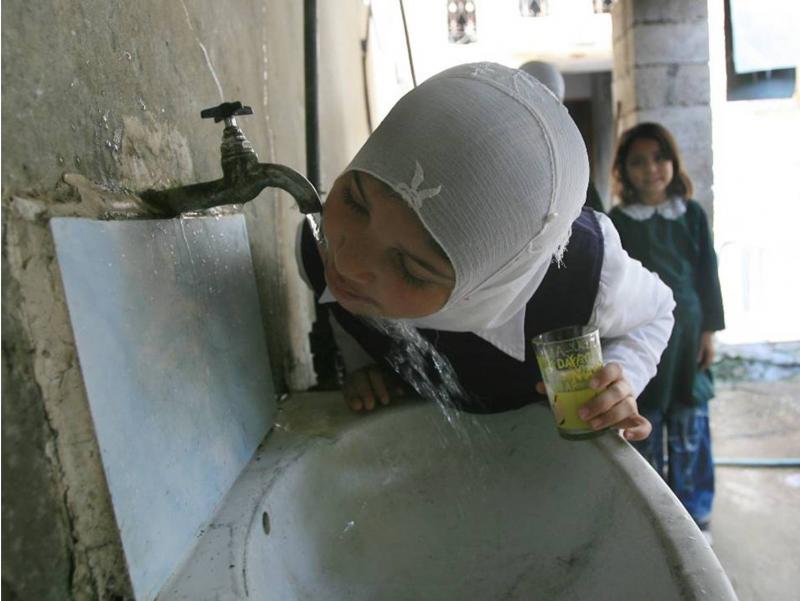 More Water for West Bank
Rainfall has substantially decreased in Palestine’s West Bank over the last ten years.  Israel controls access to all water and Palestinians are prohibited from  drilling wells, maintaining springs, cisterns and reservoirs without an Israeli permit.  These are very difficult to obtain.  Israel uses 85% of the West Bank’s groundwater, selling the surplus to Palestinians desperately short of water.

In 2012 Department of Service to Palestinian Refugees (DSPR) worked with the municipality of Burkin in the north to replace leaky old pipes and extend the network to reach 59 unconnected households.  The municipality provided labour and equipment, a 58% share of the total cost. They will maintain the system.  Average daily consumption has been boosted from 55 to 112 litres per capita per day for all purposes.  DSPR also helped large numbers of new refugees, provided 24,486 patients with medical care in Gaza alone, helped thousands of families with healthcare, vocational programmes,  improved economic livelihoods  and education.

Direct Partners Improve Water Supply
A special thanks to All Saints Anglican, Dunedin, Mornington Methodist, Dunedin and the staff, students and volunteers of St John’s Theological College, Auckland who have  raised nearly $13,000 so more households in the West Bank have their own cisterns and the guarantee of safe water.  If you would like to organise a special fundraising event for a CWS Direct Partner, please contact Michael Earle.  DSPR is one of the featured partners in the programme. 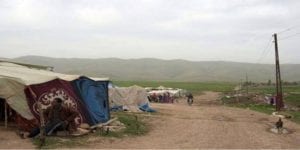 In visiting Jordan for World Refugee Day on June 20, the UN High Commissioner for Refugees, Antonio Guterres expressed concern for the unbearable anguish of more than 1.6 million people registered as refugees from Syria.  He added, “In Syria the scale of suffering is beyond comprehension”.  Syria once host to over 1 million Iraqi and 500,000 Palestinian refugees has now “been left to self-destruct as it empties itself of people.”

The Department of Service to Palestinian Refugees (DSPR) is stretched to capacity as it tries to meet needs in Jordan and Lebanon.  At first Jordanian communities fundraised to help but the needs are overwhelming.  The health ministry has spent half its budget on the new refugees and needs emergency government funding to continue.  Tensions are growing as the demand for housing has pushed up rents, Syrians desperate for money work illegally for lower pay than locals, and schools are overcrowded even when operating on two shifts.  DSPR is offering rental subsidies, healthcare, help with schooling, food parcels, and psycho-social assistance.  Thanks to all those who have contributed to the Syria Appeal, but DSPR needs more help.  Please pray for peace and give generously to the Syria Appeal.

Refugee Numbers Rise
The United Nations High Commissioner for Refugees reports that human displacement reached an 18 year high in 2012.  More than 42.5 million people were either refugees or displaced within their own countries according to UNHCR records—4.9 million are Palestinian.  This means a new refugee or displaced person every 4.1 seconds.  55% of refugees come from five countries: Afghanistan, Somalia, Iraq, Syria and Sudan.   Developing countries now host 81% of the world’s refugees, compared to 70% a decade ago.  Children under 18 years of age make up 46% of refugee numbers.

FAO: Hunger Declines
The Food and Agriculture Organisation congratulated 38 countries for meeting internationally-established targets to end hunger ahead of the 2015 end date.  Twenty countries have met  the Millennium Development Goal to halve hunger and a further 18 have met the more stringent World Food Summit goal to halve the absolute number of malnourished people in their countries.  While numbers have declined, 870 million people remain hungry and millions more suffer the consequences of vitamin and mineral deficiencies including child stunting.

Bangladesh Workers Appeal
All that remains of the Rana Plaza factory that collapsed in April is a pool of bad water and some debris.  More than 1,100 lost their lives and many more were injured.  Many of those injured have had hospital costs met by the government or the Garment and Exporters Association according to reports but there is no income for their impoverished families.  CWS is appealing for funds to assist the National Garment Workers Federation who are demanding fair compensation and intensifying their campaign for safe working conditions in the factories.  The industry employs about 3.5 million Bangladeshis, mostly young women.  CWS has launched an appeal to help the workers.

Post-2015 Global Agenda
At the end of May, the UN High Level Panel of Eminent Persons reported to the Secretary General Ban Ki-Moon on global plans post-Millennium Development Goals.  The group prepared a new framework and have written a document that includes countries from the North and South with a partnership model.  Identifying climate change as  the key factor, the panel named five transformative shifts for a new global agenda: leave no one behind (ending extreme poverty), put sustainable development at the core, transform economies for job and inclusive growth, build peace and effective, open and accountable institutions for all and forge a new global partnership.   The report is a good starting point and has stronger recommendations on women and environmental protection.  To tackle poverty it will also be necessary to deal with economic inequalities within countries.
About Update
Update provides news, information and stories.  Reproduction of items is encouraged with attribution from CWS.  The current and back issues are available.