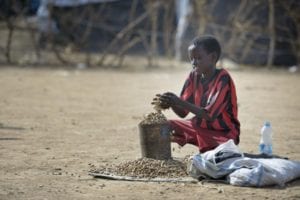 A boy sells peanuts in an internally displaced persons’ camp in Manangui, South Sudan. Many people are living in the open.   Photo: ACT Alliance/PJeffrey

26-29 May  Pauline McKay in Wellington

South Sudan: Peace Needed Now
Five months of bitter fighting and a failure to resolve political differences are exacting a huge toll on the world’s newest country. The UN reports 1 million people are internally displaced and 340,000 have fled to neighbouring countries.  Many have missed the planting season and lost livestock.  The rainy season which will make parts of the country inaccessible has begun and an outbreak of cholera is reported in the capital Juba.  An estimated 4.9 million people are in need of humanitarian assistance.

Church leaders have been deeply involved in negotiations between government and the opposition led by former vice president Riek Machar.  They are strong advocates for peace and encouraged the renewal of the failed ‘cessation of hostilities’ agreement this month.  Long running disputes that predate independence have fuelled the political crisis that has sparked vicious fighting.  Wadalla Peter of CWS partner the Maridi Service Agency reports 7,400 people have come to Maridi, straining local resources.  There is some hope that talks will move the new nation forward and improve humanitarian access.  “It is our hope that South Sudan will once again get sustainable peace,” he adds.  CWS asks for your prayers for all those affected and who can help bring peace.

This year’s worship resources focus on Syria and South Sudan.  They include prayers, images and children’s resources to highlight the situations faced by refugees and internally displaced people from both countries. 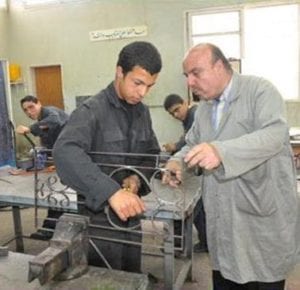 Trish Murray international programmes coordinator is visiting CWS partner, the Department of Service to Palestinian Refugees (DSPR). She reports the “Roundtable went well, although it is clear that things are getting much worse for people and there is a level of despondency that I have not felt before.  The settlements continue to increase, there is growing unemployment, access to work in Jerusalem is almost impossible unless you have existing Jerusalem papers, and so on.  In Galilee, the DSPR  group working with Christian Arabs in Israel says the people are really struggling with identity issues, with pressure coming from both sides.

“Israel is taking a divide and rule attitude.  Arab Christians are seeing themselves as a religious minority, which of course they are but that is not solely how they have defined themselves in the past.  Food insecurity and unemployment are increasing the level of poverty and associated health issues.  Gaza has a worsening water problem.  We were talking last night about the situation, and how Syria and the Ukraine have taken over the air time.  The US is supposed to be brokering the peace talks between Israel and Palestine but is distracted by the other issues.”

NZ needs to Up the Aid Game
The Council for International Development welcomed projected increases in future foreign aid allocations, but cautioned they were well short of our international commitments. New Zealand is budgeting 0.26% of the Gross National Income on Official Development Assistance (ODA), well down on the 0.7% goal.   ODA averages $4.20 a fortnight per person.  Closer analysis shows some is money carried over from the previous year and as a ratio with GNI is in decline.

Global Sanitation Report
According to the latest UN report Progress on Drinking Water and Sanitation, there have been improvements, but the number of people without adequate sanitation in urban areas has increased as gains have failed to keep pace with population growth.  Some 2.5 billion people still use unimproved sanitation facilities and it is expected that the world will miss the sanitation Millennium Development Goal by half a billion people.

Bring Back Our Girls
CWS, churches, the YWCA and the World Council of Churches have joined others in calling for the return of the 276 Nigerian young women from Chibok boarding school on April 15.  “CWS asks churches to pray for and support efforts to end this shameful exploitation of girls and young women.  Sadly, this is only an extreme example of what is happening the world over.  It is something many of our partners are working to stop in their communities through education, campaigning and the legal system,” says Pauline McKay, National Director.

Sri Lanka: Women’s Centre
The Women’s Centre reported a busy year of upholding women’s rights at work and in the community.  Based in 4 areas it has provided a range of services to factory workers and fostered understanding between Tamil and Sinhala as well as with plantation workers.  A highlight was the May Day rally in Katunayake Centre which included Jayathikala Bandara a renowned song writer who had composed music about factory working conditions, boarding life, general worker’s life, displaced persons, peace and brotherhood.

Decolonise say Pacific Churches
The Pacific Conference of Churches has called on regional governments to support the decolonisation of West Papua, Guam and Rapa Nui.  A day before the United Nations Committee of 24 meets in Nadi, Fiji, the PCC made the call supported by the Pacific Regional NGO Alliance.  The C24 will  discuss – among other issues – the re-inscription of Maohi Nui (French Polynesia) on the list of territories for decolonisation.  PCC and PRNGO will push for West Papua, Guam and Rapa Nui (Easter Island) to be placed on the list.  PCC General Secretary, Rev Francois Pihaatae said ahead of the meeting, “It is time for Indonesia to allow the people of West Papua to determine their own future in accordance with international laws and treaties…. Australia and New Zealand along with churches in those countries must also support self-determination in West Papua if they are to be recognized as true partners in the region.”

Supporter’s Council
At its most recent meeting the CWS Board confirmed its intention to hold the first meeting of the Supporter’s Council in Christchurch on 26 September.  It will be an opportunity for discussion and input into the work of CWS.


About Update
Update provides news, information and stories. Reproduction of items is encouraged with attribution from CWS.  The current and back issues are available.