23–27 September Live Below the Line   Can you live on $2.25 for five days?  It is a global effort to end the poverty affecting 1.2 billion people.  Live Below the Line with CWS and raise funds for South India’s Women’s Development Resource Centre.  You can do it any time until 31 October. 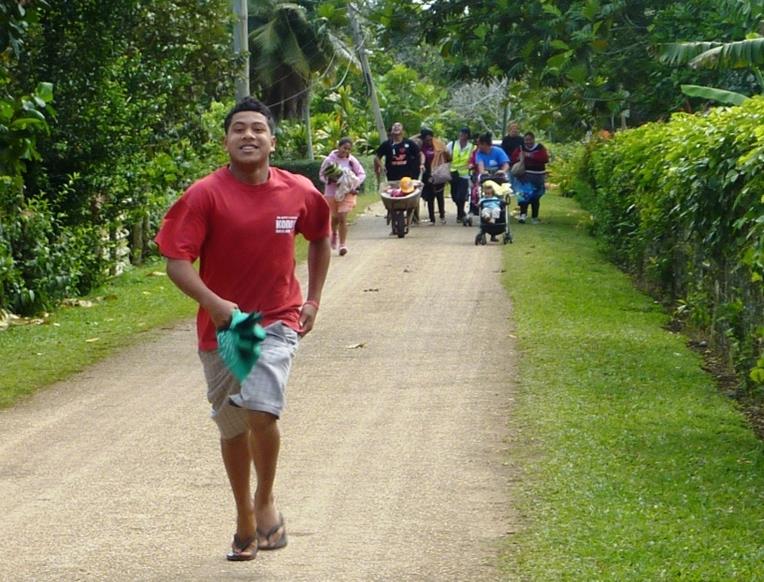 Tongans Practise in case of Disaster
Four villages in Tonga are more prepared for earthquake and tsunami after a disaster simulation exercise in September.  By the time the siren went off in three of the villages  (a loudspeaker was used when it failed in the fourth), the residents of Afa, Manuka, Makaunga and Talafo’ou of the eastern province were ready.  With just 23 minutes to reach higher ground, some had taken the precaution of arriving early!  Once they had assembled, names were checked off and those missing were reported to the army.  Red Cross teams checked on the “injured” and the Tongan National Youth Congress reported to the central office.  After refreshments and a debrief the people returned home, reassured by the experience and wanting to do it better next time.

CWS is one of a consortium of seven nongovernmental organisations (NGOs) that received funding from the Ministry of Foreign Affairs and Trade aid budget  to run simulation exercises in Fiji, Tonga and Vanuatu.  They involve government officials, NGOs and community people and provide a valuable learning opportunity for all involved.  Disaster Preparedness is a key component of CWS’s partner, Ama Takiloa programme to promote food and water security.

Live Below the Line Begins

From 23-27 September hundreds of New Zealanders will take part in the challenge to live on the global poverty line.  CWS wishes all participants well and thanks them for their efforts to raise funds for the Women’s Development Resource Centre in South India.  “It is all part of being a good global neighbour,” says participant and staff member Michael Earle.  See how things are going or sponsor someone on the challenge. 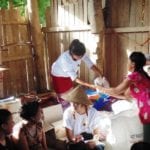 Heavy monsoon rains and flash flooding have washed away homes, destroyed farmland and contaminated water in Myanmar’s (Burma’s) southeast provinces.  At the beginning of August 73,000 were living in camps but most have returned home destitute.  CWS partner Church World Service Asia/Pacific distributed food supplies to 1,550 people in 13 villages in the first week.  Now they are asking for help to keep families fed and to rebuild homes and infrastructure.  They need help to prepare fields for a new rice crop as well as food to tide them over until harvest in October/November.

Syria Update
The WCC, church leaders (including from Syria) and Kofi Annan issued a communique calling for a political solution as the only way towards peace.  Agencies and others involved in humanitarian assistance are worried about the shortfall in funding as winter approaches.  Many of the more than two million refugees are living in tents or makeshift buildings.  They need food, shelter, medical care and other assistance.  CWS has received $50,000 matching funds from the Ministry of Foreign Affairs aid budget for health programmes in Jordan.  CWS has prayer and other resources for the Syria Appeal available.

Sri Lanka: Human Rights
The visit of UN Human Rights Commissioner Navi Pillay highlighted the situation in Sri Lanka ahead of the Commonwealth Heads of Government meeting to be held there in November.  The lack of progress on war crimes is one concern but there are many more.  CWS partners are finding the environment more challenging.  Presbyterian and Methodist women are raising funds for the Women’s Centre in the Free Trade Zones.  A PowerPoint and accompanying talk on the situation of workers and how they promote interethnic understanding is available on request.

UN: Food Wastage
The UN Food and Agriculture Organisation (FAO)  has released a new report saying about a third of all food for human consumption—around 1.3 billion tonnes—is wasted with an estimated carbon footprint equivalent to 3.3 billion tonnes of carbon dioxide a year.  This makes waste from food the world’s third biggest cause of emissions behind China and the USA. “We simply cannot allow one-third of all the food we produce to go to waste or be lost because of inappropriate practices, when 870 million people go hungry every day,” said FAO Director-General José Graziano da Silva.

In July the FAO released the State of Food and Agriculture Systems 2013 report, highlighting the need for better and more sustainable food systems to eradicate hunger and malnutrition. 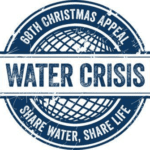 Share Water, Share Life is the focus of the 2013 Christmas Appeal.  Resources will be posted to parishes at the beginning of October and will be available on the Christmas Appeal website.  There are inspiring stories of transformation and plenty of resources to choose from for the Advent season.   We value your support for CWS partners sharing hope and clean water.  If CWS can help with the appeal in your place, please contact Michael Earle.

Make a Bequest
Are you writing your will?  Would you consider leaving something to CWS to keep this life-giving work going?  Please contact CWS if you would like more information about leaving a lasting legacy.

Christmas Gifts
When buying gifts can be tricky, you can always find something in the Gifted line.  Whether its sheep and goats, compost bins or vocational training, there is plenty of choice.  E-cards are also convenient to send overseas as they require no postage.

New Office Administrator
CWS is pleased to welcome Emma Gondwe to the staff.  Originally from Malawi she is the person who is most likely to answer the phone.  We wish Mandla Akhe Dube well as he travels overseas.