Christian World Service is supporting the joint campaign for a Modern Slavery Act.   With other groups and organisations, we are asking our government to pass new legislation to protect people from exploitation and harm.  We want New Zealand businesses to make sure that the goods we buy are produced by workers who are paid a fair wage and employed under good conditions.  We want to contribute to global efforts to uphold human rights and stop modern slavery.  For example, the United Nations has written Guiding Principles on Business and Human Rights.

We urgently need a new law that requires companies to do everything possible to ensure that child or forced labour is not used in their production or supply chain.

Submission made by CWS to the Ministry of Business, Innovation and Employment.

This new law needs to state:

Every day more than 5 people in every 1,000 are working in some form of modern slavery.  Children who should be in school are working in factories and on farms.  Women are more likely to be exploited for little or no wages making the clothes we wear or assembling the electronic devices we use. Researchers say we could be spending $34 each week on products connected to modern slavery. 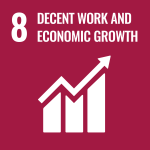 8.7 – Take immediate and effective measures to eradicate forced labour, end modern slavery and human trafficking and secure the prohibition and elimination of the worst forms of child labour, including recruitment and use of child soldiers, and by 2025 end child labour in all its forms.

Figures estimated by the ILO for 2016. 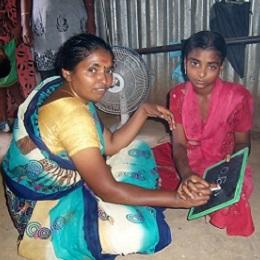 When she was 12, Pooni went to work in one of Tamil Nadu’s woollen factories to help her family.  The middleman who arranged the position promised that she would be well-cared for and after three years her family would earn around $1,000.  The money could be used to pay the costs for her marriage in a scheme known as Sumungali Thittam.   The living and working conditions were harsh so after 18 months, she returned home with nothing.

The Women Development Resource Centre won her payment of $550 and assisted 5 other young women to return home.

Tamil Nadu’s large textile industry draws much of its workforce from poor, rural villages where there are few employment opportunities for young people.

Sumungali Thittam is a form of slavery.  WDRC and other Indian partners campaign against this practice in rural communities and encourage girls to stay in school.