Learning from the Past, Looking to the Future 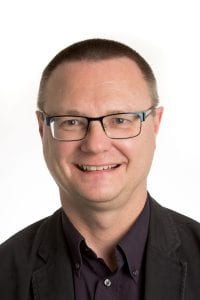 Professor David Tombs provoked much discussion when he spoke to the annual Christian World Service Supporters’ Council at the Aldersgate Centre, Christchurch.  The receptive audience were grateful for the opportunity to discuss theology that touches on their concerns.

Liberation Theology was the topic, a way of thinking about God and God’s world that was familiar to an audience which shares a deep commitment to social justice.  Professor Tomb’s purpose was to look back on a tradition that has made a major contribution to the Christian faith and explore how CWS might draw on its resources moving forward.

His focus was on Liberation Theology as it originated in Latin America where in the 1960s, the Roman Catholic Church was largely conservative and existed amidst huge inequalities.  In their daily lives, church people were dealing with repression, a lack of human rights and the violence of poverty.  Church leaders could no longer ignore their experiences.

By 1968, there was growing support of people within the church who began to explore their experiences theologically.

Bishops and theologians, including Peruvian priest Gustavo Guitérrez, came down decisively on the side of the poor, drawing on the teachings of Jesus to support their position.  They presented new statements outlining their new position, speaking about justice rather than charity, moving from social misfortune to social oppression and turning from development to liberation.  Liberation theologians brought tools of social analysis into their work and began to explore new understandings of Scripture from an understanding of God as the God of Life.

The movement grew and by 1975, its leaders shifted from ‘speaking for the poor’ to ‘listening to the poor’.  They deliberately put themselves in places where people were dealing with violence and injustice as places where God was especially present.

According to Professor Tombs, some of the most profound work comes from this time where clergy lived with the poor and shared in their struggles.  One expression of this faith was in the formation of base communities where people shared in Bible study as well as their daily lives.  Perhaps the most famous record of these discussions was made by Nicaraguan Ernesto Cardenal in his Gospel of Solentiname.

At the same time, its proponents came under serious attack from conservative elements in the church, and the rich and socially privileged in wider society.  While clergy and followers found the good news of the gospel in this place, it was sometimes at the cost of their own lives.

At the same time liberation and other contextual theologies flourished among people seeking to link their understanding of faith to the world.  By the 1990s, liberation theology was declining as a movement but it has left valuable legacies.  The pastoral concern for and solidarity with the poor cannot be ignored.  The terminology of liberation and ‘the option for the poor’ are important.  Social analysis is a tool that informs theology and not the other way around.  Poor people are active in the theological process.  The crucified God can be experienced with the crucified people.  The Epistemology or theory of knowledge about God’s presence in the struggle of the poor and oppressed is helpful.

These legacies can help us make sense of the current reality while holding fast to truth and hope.  By looking for the places where people are crucified and oppressed, we can better understand the times and create a new future with the God of Life.

Professor Tombs’ presentation by Zoom was the first event marking the 75th anniversary of the first Christmas Appeal.

Liberation Theology has informed CWS’s understanding of its work, outlined in its theological rationale “Partnership and Letting Go”.

Professor Tombs is the Howard Paterson Chair of Theology and Public Issues at the University of Otago.  His current research focus is on gender-based violence and he is jointly editing a new book “When did we see you Naked’, due to be released in 2021.