Facing the Challenge with Hope

Frances Namoumou, Programmes Manager of the Pacific Conference of Churches (PCC) has worked closely with communities facing relocation because of climate change.  Now that the government and other groups have stepped up to assist these communities, PCC is focusing more on international advocacy around climate justice and the development of Lomana Na Vulagi or Love the Stranger, a fifty-acre farm and eco-school.  PCC stays in touch with these communities, offering psychosocial support.

In early November staff and others sailed to the island of Vatulele on the voyaging canoe, Uto Ni Yalo, (pictured above) before its departure.  There are four villages on the island which lies 32km south of Viti Levu and was badly hit by Cyclones Harold in April 2020 and then Yasa in December 2020.  The team installed solar panels and a freezer for a new enterprise, a new outboard motor, solar-powered lights for the evacuation centre, and dignity kits for the women (pictured below).  In their meetings together, the villagers and PCC staff and friends discussed disaster preparedness plans and the theology around disasters. 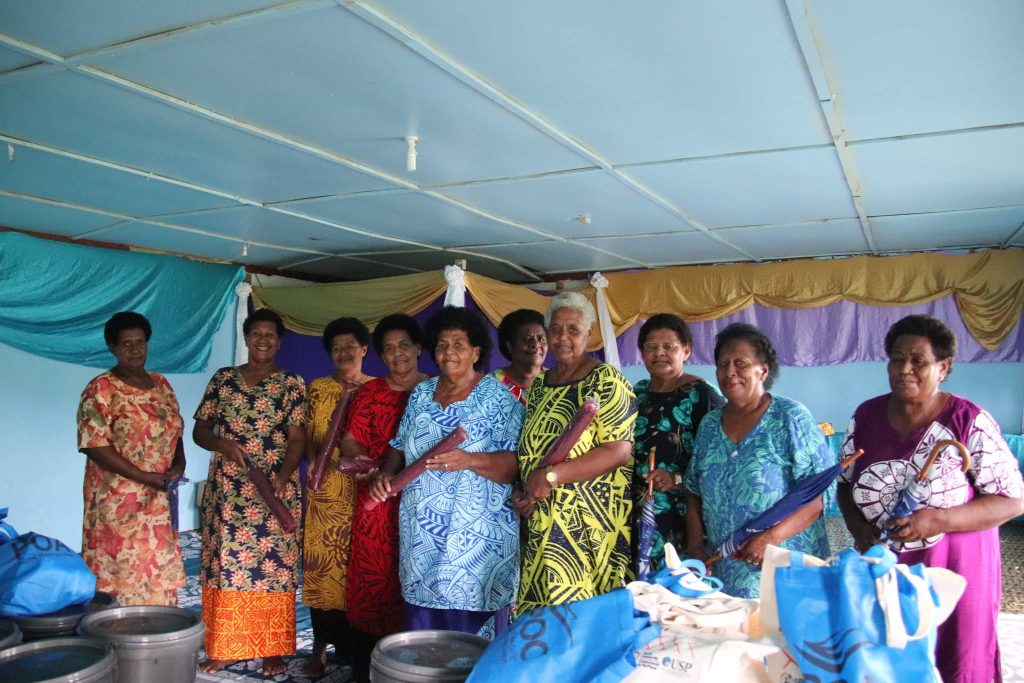 In 2009 PCC first met with the people of Vunidogoloa village on Vanua Levu, Fiji’s second biggest island.  The sea often flooded their village on the foreshore of Natewa Bay.   After seven years – one of which was spent in fasting and prayer – the people made the hard decision to move.

In January 2014, the village relocated two kilometres inland on clan land, closer to town and other facilities but away from the sea.  They say their young people are not learning the traditional knowledge of the sea that formed the basis of their old livelihoods.  Technology, a different diet and the close proximity to a supermarket is changing the way they live.

The move has cost them financially as well as culturally.  The Fijian government contributed about $500,000 Fijian to the relocation costs.  The villagers provided timber worth $250,000 for the 30 new homes built without kitchens (even though the women had asked for them).  The villagers moved the old kitchens to their houses.  The Ministry of Women organised one woman to learn about solar power and install lighting.

Not all villages have been able to reach a collective decision. Some of the people in Navunisavisavi have chosen to stay.

When meeting other communities already dealing with climate change, Frances says she listens closely to the people.  They use gesture as much as they choose words to describe what has been happening to their land.

“Ten years ago, we used to run to the edge of the water which was out there (pointing in the distance) but now it is underwater.”

“These stumps are all that remains of some one’s home or every high tide the water comes up to here.”  And then they point to the dying roots of the coconut trees that once sustained them.  Their food security is disappearing.

“In the past we would throw a line from the beach and catch fish.” Now they have to go out into the ocean and if they are lucky catch one or two fish a day but more often, they return empty handed – the ocean is acidic and warm, so the fish migrate.

The village holds the history of the people.  Their loved ones rest in the burial grounds – the church organised for those buried at Vunidogoloa to be moved with the people.

Landmarks give the people bearings and shape their lives.  For the people of Vunidogoloa the decision to leave was a faith issue as well as a cultural issue.  They fasted and prayed for one whole year.

Relocation is an expensive process – communities that have contributed the least to climate change have had to pay at least some of the cost. Donors are more likely to insist on communities meeting their criteria and filling out their forms than listening to the priorities of the community.   Climate talks on a global fund for Loss and Damage could help. 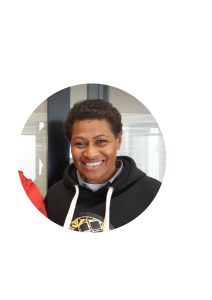 Frances says that as the people share the stories of how they found solutions to the challenges they face, they stop being victims and realise they are champions.

“When the people share their stories or talanoa, it is an opportunity to unpack their struggles and they may find more people are facing the same challenges. From a place of vulnerability and through the talanoa process, one will notice a shift as collectively people find strength, courage and hope to determine how they must address and meet their struggles.”

Donate now to the 2022 Christmas Appeal.

Formed in 1966, the Pacific Conference of Churches brings together 30 member churches from 18 countries and territories across the region.  It is a place where Pacific people can make decisions about their own future, develop their own theologies and actions, and work together for justice.  Programmatic decisions are made at its five-yearly Assembly.

The current priorities of PCC are:

Thanks to PCC for sharing these stories and images.

Back to Our Featured Partners.