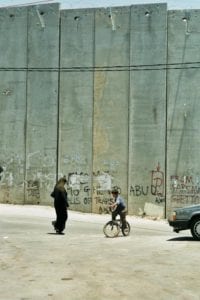 The longing for peace in Israel Palestine is a deep concern for many people.  CWS supports peaceful efforts to promote a viable solution that respects human rights and upholds justice.  Our partner the Department of Service to Palestinian Refugees (DSPR) is a strong advocate for peace and healing while providing desperately needed programmes for impoverished and traumatised Palestinians.

Join the ACT Palestine Forum in prayer on the 24th of each month.  They have prepared a special liturgy for November and December.

On 13 January 2015 DSPR has summarised the “Israel and the Nation State of the Jewish People Bill” which was approved by Israel’s cabinet in November 2015.

Week of Prayer For Peace in Israel Palestine

Each year we support the World Week of Prayer for Peace in Israel Palestine coordinated by the World Council of Churches. The theme of this year’s week running from 22 – 28 September, 2013 is “Jerusalem, the city of Justice and Peace”.

Participants are encouraged to plan activities around the following three principles:

1. Praying with churches living under occupation, using a special prayer from Jerusalem and other worship resources prepared for the week.
2. Educating about actions that make for peace, and about facts on the ground that do not create peace, especially issues related to displacement.
3. Advocating with political leaders using ecumenical policies that promote peace with justice.

Dr Bernard Sabella executive director of DSPR wrote a statement on the need to speak about the harsh living conditions faced by many Palestinians.  In a 21 August 2013 statement he says that most Palestinians support talks with Israel, especially with the support of the United States and international community.  Speakers on the situation have a responsibility to address what life is like for Palestinians.

After heavy attacks on Gaza by the Israeli military in November 2012, Palestinian Christian Organisations issued a statement calling for an end to the occupation and asking for prayer and action to stop the violence.

Constantine Dabbagh executive director of the Gaza programme spoke in Wellington in August 2010.

A Moment of Truth

In 2009 Palestinian Christians drafted a new statement A Moment of Truth.  It is their message to the world about what is happening and their theological perspective of God’s grace in their suffering.  To read more about the process, endorse the statement and find out more from within Palestine, see the Kairos Palestine website.